FINAL HOURS FOR YOUR SITEWIDE DISCOUNTS!

Your cart is currently empty.

US Steam White Tail US600

Free Shipping on Orders Over $35**

Ecosphere Buy One, Get One FREE (*See exclusions below)

Ecosphere Buy One, Get One FREE
(*See exclusions below) 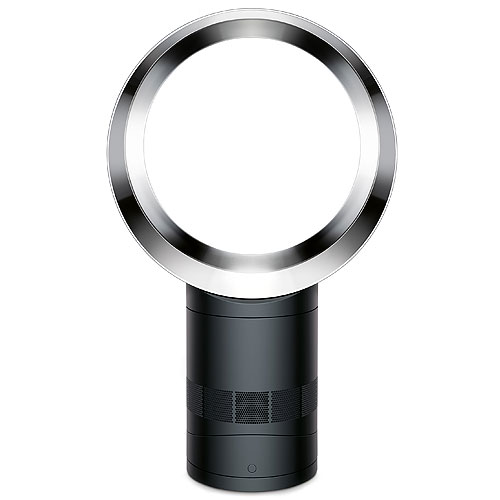 The Dyson AM06 Bladeless Table Fan has been discontinued.

The Dyson AM06 fan utilizes Air Multiplier™ technology to create a powerful stream of smooth, cool air. The AM06 fan is engineered to create powerful airflow while using less energy. It offers oscillation control and it pivots on its own center of gravity. Authorized Dyson re-seller. See our expert rating & reviews.

The Dyson AM06 bladeless fan utilizes Air Multiplier™ technology to produce a smooth, powerful stream of airflow in your home or office. It does not have a grill or any fast-spinning fan blades, making it safe to operate and easy to clean. The AM06 features smooth oscillation and tilt control that enable you to control the direction of the airflow in your space. The fan offers 10 precise control settings so you can select your desired airflow. It also features a sleep timer setting that you can program to turn the fan off after set intervals, ranging from 15 minutes to 9 hours. The AM06's remote control is curved and magnetized so you can easily store it on the top of the fan and you don't have to worry about losing it. The Dyson AM06 bladeles fan has a small footprint and will fit nicely on a table or desk in your space.

Dyson AM06 Bladeless Table Fan are ideal for someone who... 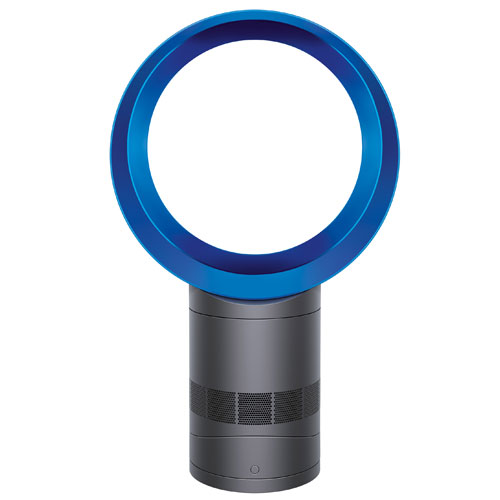 To make fans run quietly, manufacturers utilize slow-running motors to spin the fan blades—this reduces noise, but also reduces power, producing weak airflow. To make powerful fans, manufacturers use fast motors to spin the fan blades—fast motors create additional noise. It is very difficult to achieve quiet, powerful airflow in a conventional fan, but Dyson was able to achieve this with the AM06 bladeless fan. This fan is engineered to be quieter than Dyson's AM01 fan, plus it uses a brushless DC motor that consumes 30% less energy than the AM01. The Dyson AM06 is great if you're looking for powerful, quiet airflow in your home or office space.

Dyson's new line of fans is more powerful and quieter than its predecessors. Purchasing a Dyson is an investment that places a heavy premium on contemporary design, reliability and a superior brand—ultimately it may be difficult to justify its high price based on a straightforward comparison of its performance versus other fans that are widely available today. The AM06 bladeless fan offers quiet, powerful airflow along with consumer-friendly features including an easy-to-use remote control, tilt and oscillation control and 10 precise fan settings. 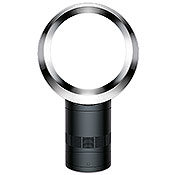 I Need Relief From...